While the Texas Water Safari is normally a festive and joyous occasion, the 50th race held in June 2012 took a somber note when a competitor tragically lost his life.

On June 10 at approximately 4:30 Sunday morning, approximately 100 miles downstream from the start of the Texas Water Safari, competitor, Brad Ellis, fell from boat number 22 into the Guadalupe River. His partner Ian Rolls rescued him and immediately called for help from passing competitors. A 911 call from a cell phone made by a competitor alerted medical services and a helicopter transported Brad Ellis to the San Antonio Military Medical Center.

While medical professionals tried unsuccessfully to revive Brad, he was pronounced dead on Monday. The cause of death was hyponatremia, an aliment caused by low sodium in the blood.

“When my wife, Joy, and I learned about Brads condition, we immediately left the race and drove to the hospital in San Antonio.  When we reached the hospital Sunday morning, we met family and friends who anxiously awaited news of Brad’s condition.  During the day we all waited hoping for positive news on Brad, but he never regained consciousness and passed away on Monday. I have since learned that Brad was well liked by his hunting buddies and he had a smile that was contagious.  Someone said Brad never met a stranger. I regret that I never met him. He certainly sounds like someone who will be missed by all those who knew him.”   Bob Spain

The award will be presented to any TWS competitor or team captain that demonstrates an extraordinary, unselfish act of sportsmanship during the Texas Water Safari. Nominations will be accepted from any TWS volunteer, race official, team captain or competitor that witnesses the act. A written nomination of no more than 150 words must be submitted to the Texas Water Safari Board. If a worthy nomination(s) is submitted and approved by the Texas Water Safari Board prior to the TWS Banquet on Tuesday, the award will be announced at the Awards Banquet. However, if a worthy nominate has not been received and approved prior to the Awards Banquet on Tuesday, nominations will be accepted until the conclusion of the race at 1:00 PM on Wednesday. If the award is not presented at the race, it will be presented the following year.

The recipient(s) of the Brad Ellis Spirit Award will receive a plaque that is retained for one year and then must be returned to the Texas Water Safari Board no later the date of the Texas River Marathon (first Saturday in May).

The 2021 Texas Water Safari was different from previous Safaris in several ways. The flooding on the lower river prior to the race, park closures the week before the race, muddy roads and stuck vehicles traveling to the checkpoints, an unexpected wind storm during the race that wrecked the large tents at the finish and a number of boat rescues during the race were a few of the events that made it unique.

While most Safaris always have some unexpected and unusual events, this one was different because several individuals exhibited extraordinary and unselfish acts of sportsmanship that were worth recognition. In fact, the TWS Board awarded not one, two, but three teams and one individual with the Brad Ellis Spirit Award.

While all were worthy, one was especially worth noting.  On Saturday afternoon when Chris Logan reached Safari checkpoint #2 at the Luling gravel bar, he disqualified himself because he had received aid from other competitors. Here is what he had to say.

“Late afternoon about a mile or so from Luling I flipped my boat in a sharp turn. The water pushed the boat into a tree growing out of the river. When I tried to exit the boat, the cord I had my dry bag tied to was wrapped around my ankle, pinning my left leg under the boat. The water was too deep for me to stand on my right leg. The current kept pushing the boat and me under. I was able to grab hold of a limb growing out of the tree, but with all my strength gone, I knew I wouldn’t be able to hold on for long. I started yelling for help! Thank God for the boys from Tennessee! Luke, Ty, and Ethan, boat #69- The Paddlers 3. If they hadn’t rushed to my aid when they did I would not be here today!”

On Saturday night another life threatening event occurred when Doug MacKay arrived at Hochhein in boat # 52. Apparently he had been cramping and flipped his boat near the checkpoint. In desperation Doug’s son dove in the water to help his dad and Jason Pruitt also rushed to his aid. Here is Charlie Boren’s (TC for boat #614) account of what happened.

“The boater (Doug MacKay) was holding onto the end of the upside down boat. Jason (Pruitt) , TC for boat #4321, flew down the embankment, grabbed a life jacket just put there by another boater and dove into the water. Jason helped the son get his dad to shore and into the life jacket. Then after getting him settled, Jason was able to get the man (Doug Mackay) to walk up the steep incline with the help of a rope. Boater (Doug) was later taken by ambulance to ER and discharged a few hours later”

Also on the first day of the race, Tina and Debbie Sackett, in canoe #6161 pinned their canoe just before the Stairtown Bridge. While they tried to free the canoe, they were not able to dislodge it. When several passing boats offered to help, they declined as that would mean a disqualification. When they finally realized that they could not free their canoe, an approaching 6-man canoe offered to help.

In an unselfish act of sportsmanship, boat # 150, The Last Bachelor Party, paddled by Brian jones, Travis Crow, Jim Gibbs, Joey Halbert, Vincent Cline and Richard Oechslin dislodged the canoe. Sadly the race was over for Tina and Debbie.

On the second day of the race, near Hochheim, Geoff Waters, who had been pushing to win the Solo Unlimited Class was feeling the exhaustion and fatigue of the race. When Keifer Mauldin, also racing the Solo Unlimited Class, realized that Geoff was in distress he decided to help out. Here is Geoff’s Team Captains (Jeff Jouett and Chuck Torres) account of what happened:

“…He (Keifer Mauldin) noticed our paddler (Geoff Waters) in distress below Hochheim and alerted us. We were unable to get to him due to a gated private property and we couldn’t locate the owner at the house. Keifer walked Jeff ½ mile to us where we took over. This is the safari spirit in it’s finest. He sacrificed his own race to help a fellow paddler. He went above and beyond!  “

The following is a complete list of Brad Ellis Spirit Award Winners: 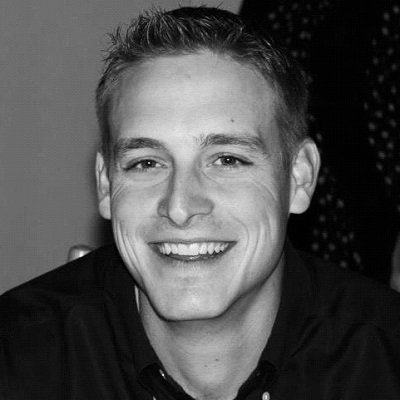