“They don’t call the Texas Water Safari The World’s Toughest Canoe Race’ for nothing. In addition to the length, the challenges include whitewater rapids, multiple portages, and the relentless, soul-sapping Texas heat. Competitors have four days and four hours to paddle from San Marcos, in the center of the state, to the shy little town of Seadrift on the Gulf Coast. There is no prize money for the winners; just Texas-size bragging rights for the finishers.”

The Texas Water Safari is actually comprised of several events including an information seminar, two short races (one of which can be considered as a preliminary race) and of course, the Safari itself – the 260 mile race to Seadrift from the headwaters of the San Marcos River. The Safari itself, billed as the "World's Toughest Boat Race", is an annual race via the San Marcos and Guadalupe rivers, from Aquarena Springs in the college town of San Marcos, to the shrimping village of Seadrift on the Texas coastline, a total distance of 260 miles. The first official race was held in 1963, and is run annually on the second Saturday of June.

The primary requirement is a boat powered only by human muscle. Racers must take all equipment needed with them, receiving only water, ice and food along the way. 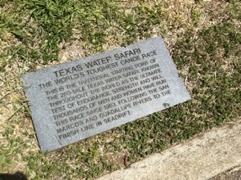 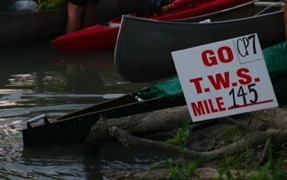